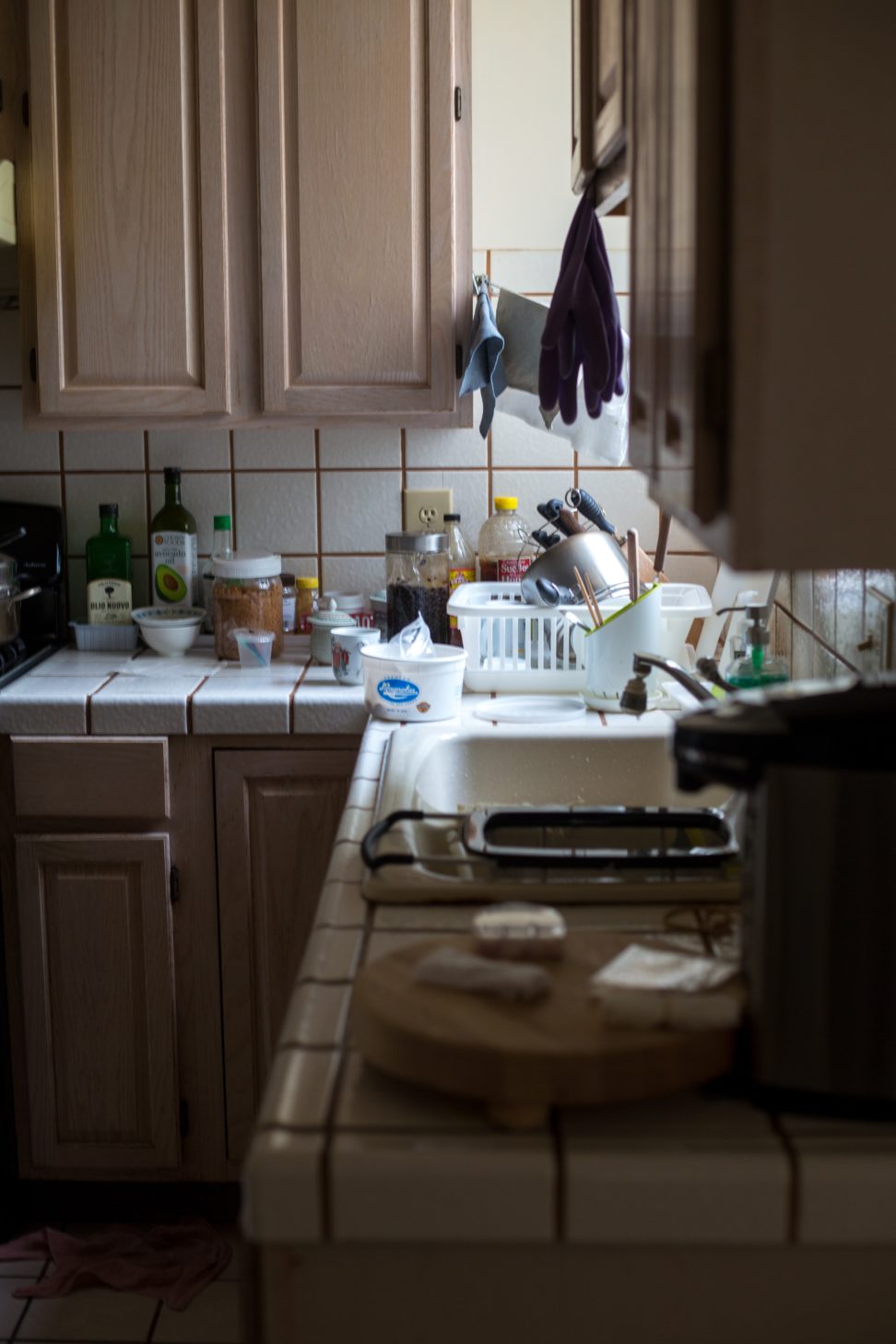 With the Holidays fast approaching, what is one thing in our control that can help us have a less stressful season? Cleaning up the clutter that we live in. In a round about way, I noticed how having less clutter gives a more at ease feeling. It all happened in our recent move.

Moving can be an eye-opening experience. Fairly recently, we moved out of our home of almost 30 years, packed our belongings, lived out of an RV next to our current home, watching the kitchen remodel, and now, we’re moved in — as long as you don’t look at those boxes hanging out in my garage.

You know, we all have those boxes from the last move, which seem to invite growing clutter.

It’s got me thinking: why am I keeping these things? Clearly, I haven’t missed or needed the stuff in those boxes. I think many of us intuitively know that clutter is a challenge, but in practical ways, moving has confirmed that decluttering is a lifelong habit. The decluttering idea also seems to be appearing more in the news, research, and even popular culture.

From The Unbearable Heaviness of Clutter:  “‘Clutter is an overabundance of possessions that collectively create chaotic and disorderly living spaces,’ said Joseph Ferrari, a professor of psychology at DePaul University in Chicago who studies the causes of clutter and its impact on emotional well-being. And a cluttered home, researchers are learning, can be a stressful home.”

Quoting from another article by Kelsey Borresen, “A small 2009 study found that women who described their homes using words like ‘cluttered,’ ‘messy’ and ‘chaotic’ had levels of cortisol (the stress hormone) that did not show a normal, healthy decline over the course of the day. Rather, their cortisol levels followed a flatter pattern that’s been associated with greater chronic stress and has been linked with other negative health outcomes.”

Then in popular culture, we’ve seen the growing popularity of decluttering shows, books, podcasts, and so on. For example, author and tidying expert Marie Kondo with her KonMari Method™ and HGTV Hot Mess House host and organizing expert Cas Aarssen capture two very different styles for approaching decluttering. And then there’s the minimalists who reduce their stuff to minimal levels!

While its neat to see the growing scholarly and popular interest in decluttering, it’s a little overwhelming to know where and how to start.

A realistic part of keeping our homes clean and healthy is living with the right amount of stuff. If we have less stuff, we have less to clean, and cleaning is more efficient. The added benefit is that we have less to manage and less stress, and as a result, we have more time to invest elsewhere.

Focusing on a goal, like having a healthy and clean home, is good motivation for why you’re tackling the decluttering process.

Maybe your aging mom is moving in with you? Going through that stuffed closet and donating goods will give her an inviting space while reducing your clutter. Maybe you’re hoping to host a big Christmas or New Year’s celebration and you want to open up more room? Maybe you’re hoping to start a new hobby, and that stuffed bedroom has made it hard to dust and vacuum let alone space for a hobby?

Once you’ve picked a goal or reason for decluttering …

Here are two ideas that you can use. Start now — so that when the holidays arrive (yes, they are just around the corner!), you’ll have reduced your clutter and your stress.

Option 1: Walk around your house and pick up the items that regularly exit the home, like recycling the Amazon box, throwing away a trail of tissues from your teenager, or placing that library book by the front door for return the next day. It’s amazing how short, regular pick-up times can change the clutter level in a space. Do this for five to 10 minutes each day. If you have more momentum, put a few other items back where they belong, shred and recycle junk mail, or take some items to donate.

Options 2: Grab a box … and pack it! Select items that you’re thinking about donating, but you’re not quite convinced that you want to let these items go. Put these items in a box, like you’re packing to move, including the tape, and place the box out of the way. Some experts, like The Minimalists, use the idea of a packing party. While the packing party is packing up most of your stuff and unpacking it as you need it — and donating what you don’t — I’d recommend just one box, item, or room at a time. The Minimal Mom recommends writing a date on the box, so when month three or six comes, with the box unopened, you can donate the items without looking.

Just think, if you start with one of these options/habits at 5 to 10 minutes a day, by the time the holidays arrive, your home will be more welcoming and easier to clean and overall less stressful. Happy decluttering!