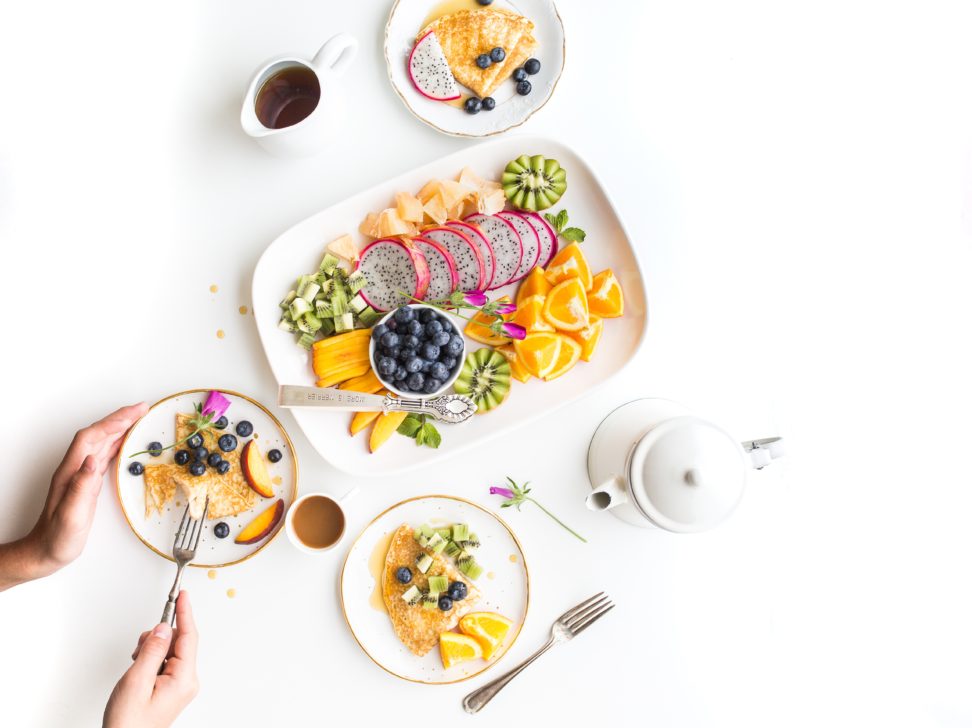 Well, I think I’m making a habit of talking about habits! I just can’t get away from all the amazing information and research on the influence of habits. Last month, we looked at the book Atomic Habits: An Easy & Proven Way to Build Good Habits & Break Bad Ones by James Clear—and specifically the two-minute concept. This month, let’s dive into the world of another expert and see what we can learn about why healthy habits are important.

To summarize, Dr. Dale Bredesen is a celebrated brain expert with something practical to share with you and me about healthy lifestyles and why we need to implement them sooner than later. Dr Bredesen has developed a protocol to stave off Alzheimer’s Disease.  He found 36 contributors to Alzheimers, and in his protocol, he tackles all of them.  What he found is that the changes in the brain in Alzheimer’s patients is the body protecting itself from its environment.  The unhealthy environment we live in, our lifestyles.  He truly believes that Alzheimer’s can be prevented and in some cases its associated cognitive decline can be reversed. You can read about his research in The End of Alzheimer’s: The First Program to Prevent and Reverse Cognitive Decline.

While reversing cognitive decline requires working with a doctor and a health coach (I became certified in the Bredesen Protocol through the Functional Medicine Coaching Academy), prevention starts with you and living a healthy lifestyle.  And how do we build that lifestyle? Through habits!

One of his main goals is to offer hope.  By taking care of ourselves, we can actually stave off a lot of diseases.  Did you know that if you have Diabetes, you have a higher chance of developing Alzheimer’s?  That’s because high sugar intake contributes to cognitive decline.   So one healthy habit to work on is to decrease sugar consumption.  And of course eating healthy!

Exercise contributes to a healthy brain, so moving your body on a daily basis is another healthy habit to get into.  Other important habits are getting good sleep and learning to de-stress (or practice stress relieving tactics).

Exercising your brain is also an important habit to get into. This can be done by using programs that make you think (like Brain HQ, or Luminosity), learning a new skill, learning a new language etc.  You see, a healthy lifestyle involves all parts of your life, not just eating.

Not only has Dr Bredesen found hope through lifestyle changes, but I have read many articles from different sources leading to the same conclusion, by changing to a healthy lifestyle, we can prevent cognitive decline.
An article from UCLA  looks at some of the lifestyle changes practiced for brain health:

And there are many other sources for leading healthy lifestyles.  For example, did you know that …

“Of all the many ways the teeming ecosystem of microbes in a person’s gut and other tissues might affect health, its potential influences on the brain may be the most provocative.”
– Evidence mounts that gut bacteria can influence mood, prevent depression from Science magazine

“Diseases ranging from diabetes to cardiovascular disease and from Alzheimer’s disease to attention deficit hyperactivity disorder are linked to changes to genes in the brain. A new study by scientists from UCLA life sciences and the school of medicine has found that hundreds of those genes can be damaged by fructose, a sugar that’s common in the Western diet, in a way that could lead to those diseases. However, the researchers also discovered good news: An omega-3 fatty acid known as docosahexaenoic acid, or DHA, seems to reverse the harmful changes produced by fructose.”
– Fructose Alters Brain Genes, Can Lead to Disease from UCLA Health

“Water is a crucial nutrient and euhydration is necessary for optimal daily functioning. Water balance is precisely regulated within the body and many methods exist for assessing hydration status. Cognitive performance measures an individual’s attentiveness, critical thinking skills, and memory. Traditionally a 2% or more body water deficit was thought to produce cognitive performance decrements; however, recent literature suggests that even mild dehydration – a body water loss of 1–2% – can impair cognitive performance. Counseling clients about their health and wellbeing should include conveying the importance of water for normal body functioning, as well as its effects on physical and cognitive performance.”
– The Hydration Equation: Update on Water Balance and Cognitive Performance from the National Institutes of Health

“It is now well-established that inflammation plays a significant role in psychiatric disorders. … The inflammation we’re talking about isn’t the type that makes your brain swollen, red, or sore—it’s inflammation on a microscopic level. When cells are in distress, they release tiny SOS signals called “inflammatory cytokines” that can be measured in the blood.”
– Cooling Brain Inflammation Naturally with Food from Psychology Today

Let’s boil it down. These articles and studies and books tell us that little habits make a huge difference in our health. It’s much like Dr. 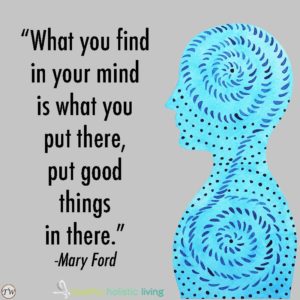 Bredesen’s research, which focuses on the ability to alter the course of cognitive decline.

So if you missed last month’s blog on building habits, check it out. Or read it again! You and I both can start with those small steps (or two minutes) today.

If you have any questions about how to add more healthy habits to your life, give me a call!